This is the time of year when maids and cooks and others come asking for loans or advances on salary for their children’s school fees. The difference between a loan and an advance is that a loan is repaid over several months, and an advance is taken off the next month’s salary.

It was a bit strange for us last year because we had just hired our maid. She was very shy and asked us through our driver, apologizing profusely. Her son was starting “commerce school” and that wasn’t cheap. Like millions of maids around the country, she had to go to all her employers and beg for a little bit of money here and a little bit of money there. We were new to the “game”. I cannot imagine the shame of having to do that. Going through a bank loans would be disastrous as it takes mountains of paperwork. Loan sharks charge exorbitant interest rates. Lately I have noticed more pawn shops. I wonder if it’s a coincidence.

A few weeks ago, our cook S. asked me to get in contact through email with one of her ex-employers. That lady moved out of India four years ago and continues to pay the fees for the three children. For some reason, this year the funds were not being transferred properly. I am only an intermediary with a working email address. After an evening of online banking frustrations and back and forth text messages with that lady, everything is now squared away. Our cook can breathe a bit easier at night. Although I despise some of the rich greedy people, there are many generous souls, and I tend to forget that sometimes.

How much are the fees? In private schools, I have no idea. I was under the assumption that schools were free for the poor in India. I was wrong again, I am used to that now. K.’s daughter goes to an English medium school, so it may be a bit more expensive than a Kannada governmental school. This year I didn’t wait for her to come with her head down begging, I asked up front. She needs 30,000 rupees, roughly $500 for one child. To put that into perspective, a full-time maid makes about 10 to 15,000 rupees a month if she works for an Indian family. She has two children. Our cook has three. You do the math. We learned last year that when a child starts a new school, there is also a one-time “donation”. For one person we know, it was 60,000 rupees for a five-year old entering a government school. I thought it was a bribe, but it is not. 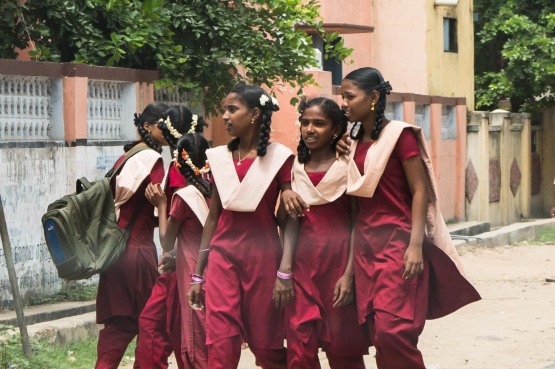 School is compulsory until the age of 16, or 10th standard. During the school year, we see a lot of little kids in town, dressed in uniforms, girls with their hair braided with big black ribbons, boys often with a tie. Now that summer vacation has started, we see more kids working. They are behind vegetable stands, alone if they are old enough, or sleeping next to a parent if they are toddlers. The bigger boys work in construction. During the school year, I huff and puff when I see school age kids running around during the day. This time of year, I cannot complain. It breaks my heart. There are anti-child labor laws, but I don’t see much enforcement. And I am not sure it would be a good idea, since it would mean financial ruin for many families.

This country is challenging every notion of economics and human rights I have held dear for decades. 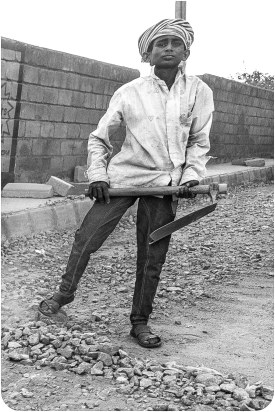 2 Responses to Begging for school fees