A home in Shanghai

For years now, E. has been telling me about “the magic of Shanghai”.  So we came here, and I saw… a city.  A nice city, modern and shiny, but just a city.  Magic is a subjective concept.

Fast forward a few years, and we are now moving to Shanghai.  The last few days have been a house hunting trip, and an attempt to gauge our new home.  We visited dozens of apartments, walked miles and miles in scorching heat and humidity levels that have, for the first time in my life (and mind you we live in Houston) turned my hair into a gigantic poodle!  I have stepped in garbage, smelled back alleys that make me miss the horrid smells of India, had people spit in front of me, I have had water from old air conditioning units fall on my head (or was is a bird?), I have had “chicken water” thrown at my feet (don’t ask, there is also “fish water”), I have thrown a temper tantrum worthy of a 5-year-old.  And yet I have fallen in love.

It’s not India.  My connection with India is an unconditional bond with its people, its land.  Shanghai love is city love.

E. had a few tricks up his sleeve to get me to like it here. Our hotel is a skyscraper, nothing that original in this city, and our room is on the 51st floor. The city goes as far as the eye can see.  Shanghai doesn’t have a skyline: Shanghai is a skyline.  360 degrees of skyscrapers all the way to the horizon, and beyond.  It’s rather monochrome, grey and light beige, with a surprising high number of patches of green which are small parks.  If you’re afraid of heights, stay home. 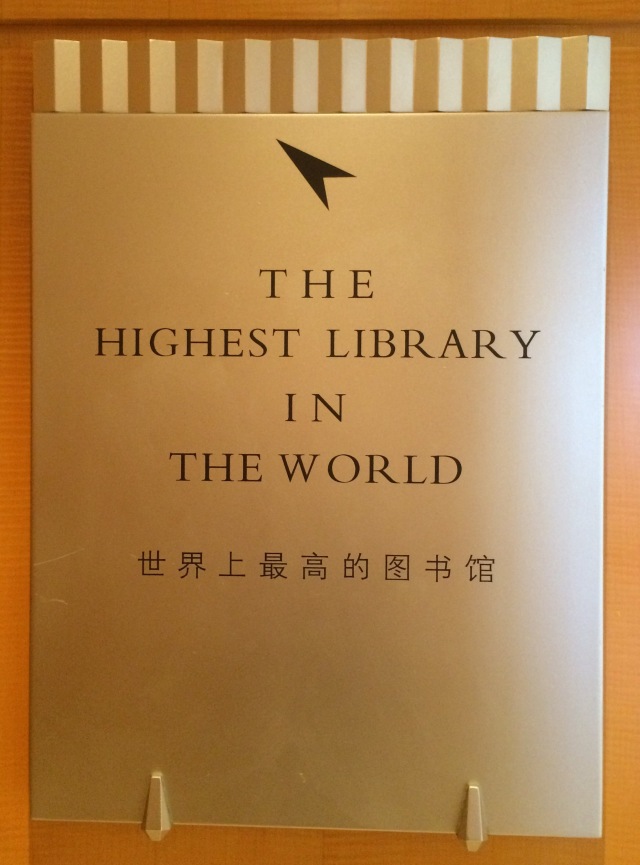 Then he introduced me to some amazing people.  I had the privilege to meet two men, one American and one Australian, who have seen China pull itself from the Cultural Revolution to the economic mammoth it is today.  They have witnessed one of the fastest social turnaround in history.  And they are men of my generation, not old grandfathers telling stories about “when I was a young lad…”.  It makes history fun, alive.  And it reminded me that I need to brush up on my Chinese history.  The difference between the Ming dynasty and the Tang dynasty?  I will get back to you on this one one in a few weeks!

The apartments we visited were much nicer than I expected (granted the price tag can make anyone choke).  I had been told the homes were tiny, but what we found is very reasonable.  I never got the feeling of revulsion that I did a couple of times when we were house hunting in Bangalore.  At the end of the day, there were 2 units we liked.  One is a normal apartment in a local neighborhood, the other is a superb apartment in Pudong, in an expat compound, in a high end residential area, with an artificial beach resort (yes!) and a magnificent view on the Huangpu river and the Bund, Shanghai’s version of Nice’s Promenade des Anglais.  After a lot of soul searching (don’t we “deserve” this kind of luxury at this point in our lives?), we opted for the first one, in a very quaint neighborhood.  We have already made the mistake of living far from the city center when we were in Bangalore, we learned our lesson.  We went back to our future new place yesterday to get a better feel for it.  I bought Band-Aids at the pharmacy by showing my booboo, we got a foot massage where E.  fell asleep, had lunch in a New Zealand café, and discovered an Indian restaurant.  All of this within walking distance of our new home.  We made friends with two stray kittens.  That’s always a good omen.

And the cherry on top of the cake: night drinks at the Hyatt with one of the best city views in the world.

China, you’re growing on me.

This entry was posted in Uncategorized. Bookmark the permalink.

3 Responses to A home in Shanghai